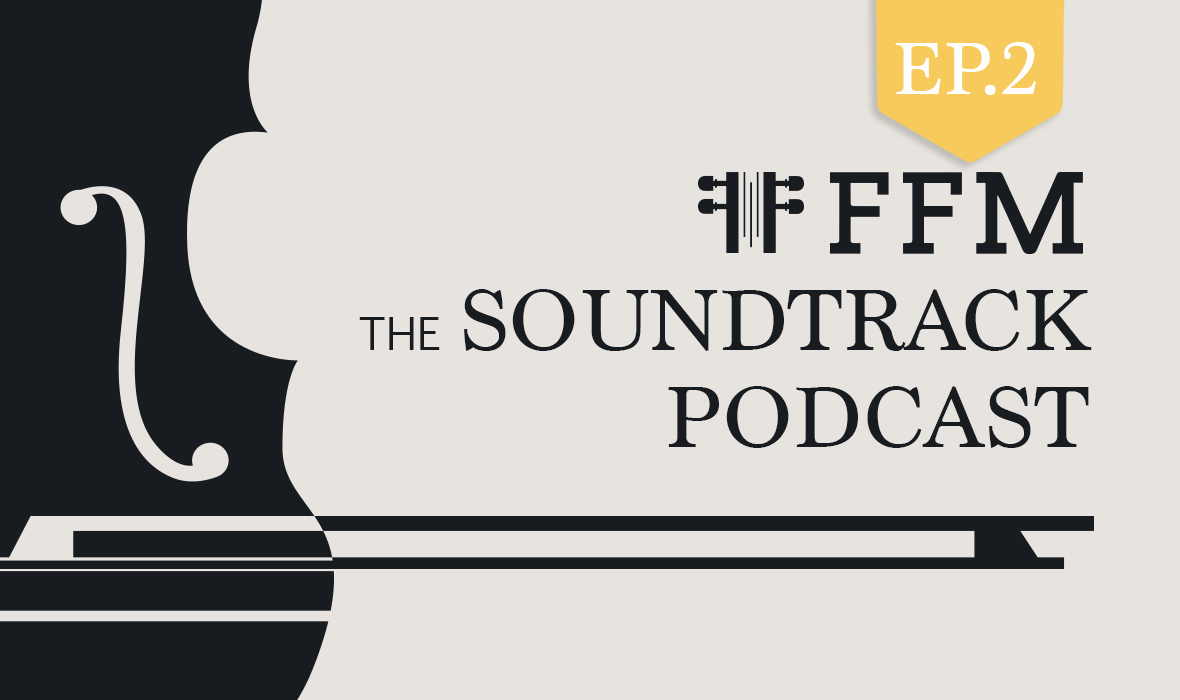 Four for Music the Soundtrack Podcast is a series of conversations for film and game scores that the composer George Strezov from Four For Music is hosting.

This podcast is with Andy Hopkins - a composer of film and TV series as well as bands and library music.

How Andy has started working as a composer and what is the creative process behind his composing today are the first topics of the conversation. Andy mentions the role of concepts and theoretical perspective in the planning phase. He speaks about the experience he had while working on “The Celts” – BBC series, as well as the project he is currently composing. George also shares thoughts on how themes, thinking about motives, characters and overall sound of the music are weaved in score writing.

The reference – to a genre, an era or to an instrument – as a tool is the next topic that Andy and George discuss, as well as the effect that contrast and sudden switches of the genre and mood have. Going from minor to major being a good, a bad and a funny move - George is giving some examples of his experience.

Later the conversation is about the library music - the importance of the genre and the specific harmonic language. Andy speaks about the interpretation and the original voice that a composer has in connection with a concrete genre or a theme and how that can be used in writing library music. Feedback as a part of the creating process and how one can use fresh perspective to achieve a better result is part of the themes mentioned.

How interaction with all participants in a film production affects the composing process and the music in its final variant in the movie and what could be the challenges and the potential benefits of working close with the director, plus some bitter experience is part of what you’ll hear in the middle section of the podcast. Andy gives some practical advice about composing around dialogues and George shares a story about an animated series gig that he had. He should compose music that practically would narrate the story for a whole scene after a short introduction, for 10 -15 mins or so with no narration, dialogues or whatsoever and at the premiere of the film he found out that the concept changed entirely, and the outcome was quite different than the expected…

The last part of the podcast mainly concerns the important aspects to consider during a live orchestra recording session. Andy brings attention to the key role of the orchestrator and the conductor, as well as the importance of working with people you have confidence in. The advantages that live orchestra has over the sampled orchestra are being discussed. Both speakers are talking about the sound that sometimes gets too perfect and ”overprocessed” and the cases when this could lead to not so perfect results.

Final minutes of the talk are dedicated to Harry Gregson - Williams’s score music which both Andy and George obviously love. They discuss their favorite soundtracks and what they fancy the most about them as concepts and methods of working.

“Keep doing what you believe in, work harder and strive for excellence in every part and maybe focus a little bit more on the execution than on the concepts. Trust your own voice and don’t be led into being more of a conformist” - that would Andy Hopkins advise a younger version of himself.

Stay tuned for ep. 3 of the “Four for Music the Soundtrack Podcast” when we’ll meet with John Graham! Cheers!